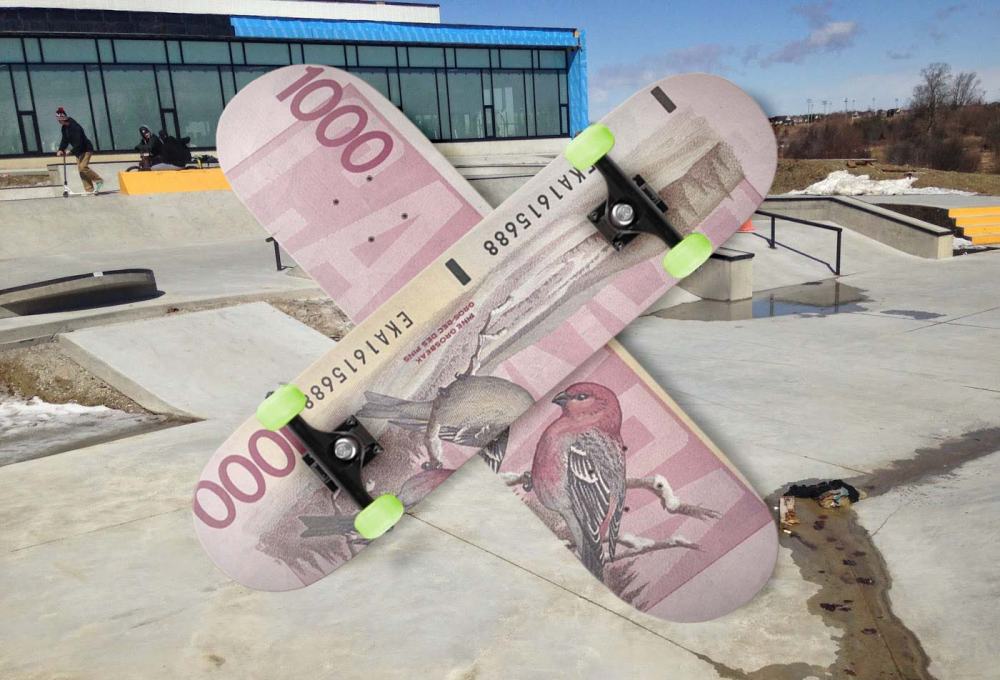 If you loved former Mayor La-De-Dawe’s “proven leadership” that brought you the Joint Oops failure wait til you hear about the skate pad over at the Aurora Family Leisure Complex.

Some backstory, shortly after reopening the renovations to the AFLC had several issues.

The completely new skate pad at the AFLC also succumbed to issues, several of which were captured in this August 2015 blog post.

We read and see imagery for several seeping cracks, a multitude of drainage issues, and short sighted design issues that need to be shored up.

Staff confirms that the cost is greater than cost of building it at $500,000 because it is not salvageable and has to be removed to be rebuilt.

For sake of comparison Powhatan Springs Skate Park in Arlington Virginia lasted 13 years.  Yet the one here in Aurora has managed to last 4.

When asked why, staff lays out for council their findings and it isn’t pretty:

1.) There are concerns with water in sub base.  It lacks drainage.

2.) Concrete was found not to be at specified thickness.

3.) There was no project management.

4.) $ needs to be allocated for testing, which obviously wasn’t done previously to keep initial costs and timelines short.

It’s not that the skate park wasn’t given enough time, or thorough community consultations into its design phase.  Here’s an Auroran article from May 2013 where the $500,000 spending limit is referenced as it pertains to the limitations of the design.

A month later, the Auroran reported on 3 designs.  One thing the designs had in common is they’re slated to be prefabricated rather than poured into place.

Mr Robinson of the Canadian Ramp Company is quoted as stating the benefits of a pre-fab skate park are “huge” as they provide a “stronger” option, and they provide a better warranty.

Al Downey, Aurora’s Director of Parks and Recreation added that having a pre-fab park would also make it easier to switch up the challenges, make repairs, and add new additions without tearing out huge swaths of poured concrete.

2 months later a second meeting was held, also reported in this August 2013 Auroran.  There is no mention as to direction with respect to poured concrete vs pre-fab but something somewhere got changed as what ultimately got approved by council was a poured concrete pad.

One that has failed in every way that was pointed out by not only by staff, but by the Canadian Ramp Company.

Council now has itself to blame, trying to recoup partial costs through litigation to offset doing the job over instead of getting it done right the first time.

If you want to get a sneak peak on what else you’ll pay for in 4 or 5 years I invite you to watch the entire budget meeting, there’s more fail where this came from.

Watts on your mind? Cancel reply

This site uses Akismet to reduce spam. Learn how your comment data is processed.